Long gone are the days when cannabis was something you purchased from a friend and issues of potency, flavor, and effects didn’t matter much. Getting high was about the only thing on people’s agendas, and then suddenly, all of that got turned on its head. Today, cannabis consumption is as much of a science as anything else, and the details regarding your favorite flower might surprise you.

A cannabis plant is just as complex as any other living organism and there are a lot of elements that cause it to create the effects we experience after smoking or ingesting it. A major component of each flower we enjoy comes in the form of cannabinoids. Those who have never heard the word often question “what are cannabinoids?” and in this definitive guide, we’ll discuss everything you need to know about these substances and why they’re so crucial to cannabis as we know it.

One note to consider is that experts are still learning more and more about cannabinoids and how they work within the human body. While this guide will offer a cannabinoids definition, describe synthetic cannabinoids, and more, new information is coming to light each and every day. Decades ago there weren’t nearly as many known compounds as there are today, offering hope to those in the industry that marijuana as a whole will continue to be better understood by the general public.

Cannabinoids as the molecular components of the cannabis plant. They are compounds that work to make up the chemical structure of marijuana and each brings its own set of benefits to the table.

To date, the list of cannabinoids that have been discovered by scientists is over 100 entries along with the likelihood that more are still waiting to be uncovered. If you’ve ever looked at a nug of marijuana and observed the crystal-like coating that glitters in the light, you’re looking at cannabinoids in a concentrated form.

Typically, cannabinoids are abbreviated with a series of letters as the names of each one can get rather complex. Two of the most commonly recognized cannabinoids are THC, which stands for tetrahydrocannabinol, and CBD, the abbreviation for cannabidiol. Some of the cannabinoids that are present in each cannabis plant have a noticeable effect on the body, like THC, while others may not be as integral to one’s overall experience.

Depending on the effects you’re after, you might purchase a cannabis product that’s heavy with one type of cannabinoid or another. THC-rich options are typically more recreationally based while CBD items are truly medicinal, with some items offering a healthy mix of both.

If you’re looking for a company that offers a variety of cannabinoid tinctures, look no further than NuLeaf Naturals.

How Do Cannabinoids Work?

It’s interesting that cannabis has been such a controversial product for so long because the body actually has a way of receiving and processing cannabinoids already! These compounds are responsible for providing an array of effects and benefits to the human brain and can range from relieving anxiety and pain to imparting hunger or an uplifted attitude. Our bodies produce something similar to cannabinoids called endocannabinoids, and it’s this link that allows marijuana to have an effect on us.

When cannabis is smoked or ingested, or in the case of CBD products that are even used topically, our brains are able to bind with the various cannabinoids that are present. Different compounds connect to different receptors, but in general, there are two main places where these processes take place. Depending on what cannabinoids are rich in supply, again with THC or CBD acting as the main two, a variety of effects can occur. THC typically imparts a psychoactive experience while CBD offers pain relief, but these two substances are really just the tip of the cannabis iceberg.

The power of cannabinoids is truly spectacular, so much to the point that some industry professionals are producing alternative versions. These synthetic cannabinoids are in fact legal and while they do fall under a certain set of regulatory guidelines in order to be sold on store shelves, there’s a fair amount of concern over how they act within the body, particularly as a man-made substance.

Typically, synthetic cannabinoids are present in one of three ways: added to a food item and ingested, sprayed onto a plant-based material and then smoked, or mixed into a base liquid and vaporized using an e-cigarette device. Many of these products are considered to be safe for use, but unfortunately, there are also many that are being manufactured that call into question their effects. Some companies have gotten quite adept at skirting certain regulations or labeling products in such a way as to seem safe when in reality they could be putting their customers in danger.

Unlike natural cannabinoids found in marijuana, synthetic cannabinoids for sale may not react the same way within the body. A number of symptoms can ensue, ranging from irritability and hallucinations all the way to heart attack and stroke. The Centers for Disease Control and Prevention recommend seeking immediate medical attention if an individual has used synthetic cannabinoids and is experiencing unusual symptoms. 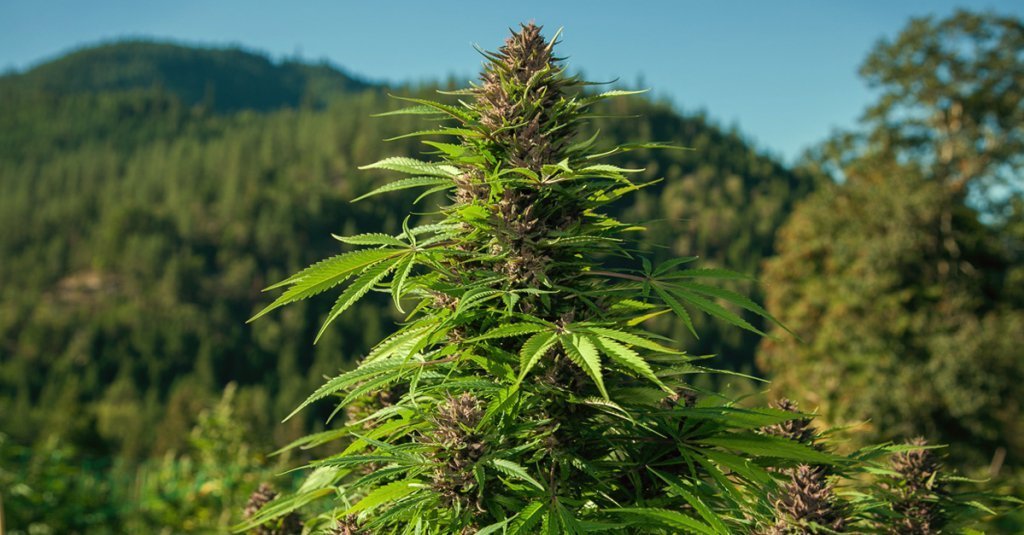 When you get right down to it, marijuana just wouldn’t be the same without the presence of cannabinoids. These compounds are truly the building blocks of the experiences we enjoy, whether it be a recreational encounter that offers a welcoming high or relief from crippling anxiety or bodily pain. As more and more research is conducted regarding the list of cannabinoids that we’re aware of, there’s the potential for new and unique applications of this amazing plant.

The next time someone asks “what are cannabinoids?”, you can now offer insight into just how marijuana works thanks to these components. As the body is naturally built to receive these substances and knows exactly how to process them, it only makes the argument for cannabis use even more logical. The next time you inspect a marijuana flower and observe its shiny crystals, say a little thank you to the cannabinoids that you’re about to enjoy!